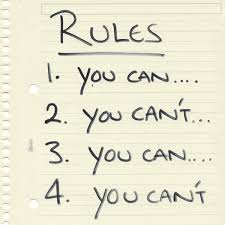 Over at Lateral Action, there is an interesting (& rather deep) post regarding a conversation between Brian Eno and the developer of Sim City, and the application of rules bringing about successful spontaneity. Read the full article here:
http://lateralaction.com/articles/brian-eno-will-wright/

The simplest, and most profound, summation of this conversation came in the final segment, quoted here:

A point that comes up repeatedly in the Eno/Wright talk is that complex results emerge from simple rules. No rules mean there is no system, so nothing is generated. But if you add too many rules and risk breaking the system. The trick is to find just enough rules to get the system under way without destroying it prematurely.

Listening to the talk, I was reminded of playing improvisation games at The Spontaneity Shop: when actors try to improvise a scene in which ‘anything goes’, the results are flat and lifeless.

But how can you know in advance which rules will bring you the best creative results? Which ideas should you pursue and implement, and which should you leave on the drawing-board?

Which means you have to try things, play around with them, test quickly and test often. Allow failure to tag along as a daily playmate.

Isn’t that the beauty of real creativity, that you wake up every morning not knowing what you’re going to discover?

How much do I love those final few sentences. Testing ideas, playing, and being open to failure. Knowing that we *don’t know* the outcome, and letting it reveal itself through the process. This is what I mean when I talk about organic creativity! Rules are powerful! Rules are what gives structure to our attempts, what binds together disparate ideas and aesthetics into something solid, tangible, impactful. The results are something familiar to everyone on some level, yet truly unique to us. We use the rules as a tool to create something greater than we could have if we had not defined them and honored them to begin with. And of course, the other lesson in this article is to not impose too many rules. Find those which are truly important, truly valuable to the process and the outcome, and let the rest flow as it will. I aspire to be this confident and comfortable in my creative process, through the thoughtful, sparing, application of rules.